Ever since I moved back to Cleveland I have been going to estate sales.  These usually occur on Friday mornings and they are serious business. There is one woman who shows up at the house at 5 in morning to get a number at 9:30 to be let in the house at 10. That is just plain crazy. I do have to avert my eyes as she leaves because she has bought all the stuff I would have bought. Actually it’s kind of hard not to hate her. I wish I was a morning person.

Before The Teenager was a teenager I would always bring her along. The nice ladies running the sale would always gush over her and give her stuff, but once she was in preschool I was solo again. Without my baby buffer and instant conversation starter I began bringing a book.  I found it difficult to make small talk about what would be in there. I just like to dig through people’s junk, and luckily I can usually find stuff that nobody else wants and make it into something cool, oorrrrr store it for ten years.

The Teenager managed not go to school this Friday so I dragged her along with promises of donuts, and a T.J. Max trip.  We arrived very late, around 12, and there were still people waiting! 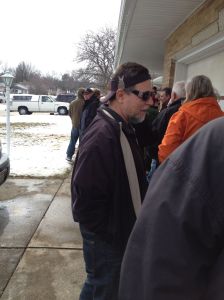 Me- just hold on. It won’t take long.

The Teenager- Mom? I pretty sure there isn’t much left in that tiny house.

Me- that’s a bad attitude.

The Teenager- That woman just left with a dead person’s colander. I’m pretty sure only the dreggs are left.

Me- maybe she was specifically looking for a colander to add to her collection.

TT-  If she is desperate to strain something why doesn’t she just go to target and buy a clean one. I wouldn’t ever be able to stop thinking about what that dead woman “strained”  in there.

Me- thanks for image. Come on let’s go.

As we wait another 20 minutes in the biting cold, The Teenager continues to make me laugh. 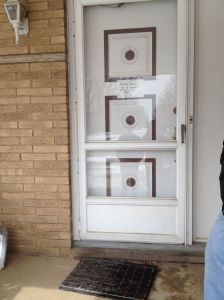 TT- If this was my house I would totally put pictures of my face in those Flan looking holes. 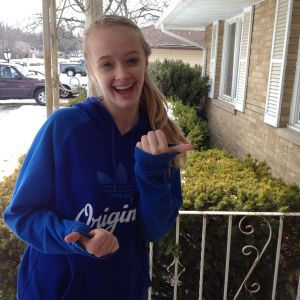 this is the first time I was allowed to put her image on my blog. (as if it isn’t already plastered across every other social media site.)

TT- I feel bad for that shovel.

TT- it has got to be the most useless shovel in the world, sad. 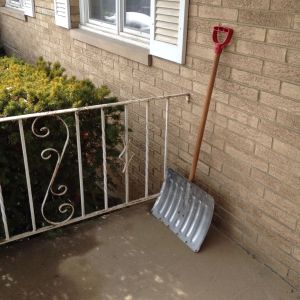 We finally get in, and nice ladies freak out! That can’t be Ruby!!! hugs.. well wishes…. I remembers….. so nice. I wish I took pictures.

We left about 30 minutes later with a pile a random stuff for 5 bux, off to get some donuts.